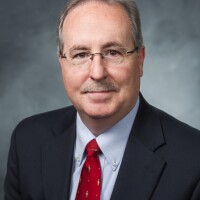 Robert D. (Bob) Ridge, PhD, is an experimental social psychologist in the Department of Psychology at Brigham Young University. He received his BS in psychology from BYU and his PhD from the University of Minnesota. His current research investigates the effects of violent media on human thought, feeling and behavior. He also investigates personal and situational factors associated with the perception and perpetration of sexual harassment and the effects of expectations on interpersonal interactions. In his spare time, he conducts jury research for law firms. He has expertise in experimental, quasi-experimental and correlational research methods, as well as in quantitative analytic strategies. He is currently the chair of the university Institutional Review Board.

My students and I study the effects of violent media on people's thoughts, feelings, and behavior. We are currently investigating how people's mindsets affect their response to playing violent video games. We are also conducting research investigating public perception of violent media as a risk factor for aggression. In a somewhat related vein, we study a particular type of aggression (sexual harassment) in opposite- and same-sex interactions.