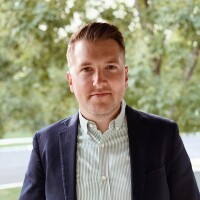 My research focuses on religion, race, slavery, and family in 18th and 19th century America and the Atlantic world.