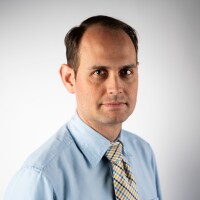 Daren Ray joined the BYU faculty as an Assistant Professor of History in Fall 2020, specializing in the history of Africa. He earned his Ph.D. and MA in African History at the University of Virginia (2014/2008) and his BA in History at BYU (2006). He previously taught at the American University in Cairo, Connecticut College, and Auburn University. He emphasizes active learning in his courses, such as group research projects, designing websites, and even rebuilding medieval Swahili towns in Virtual Reality. His multidisciplinary research focuses on the creation of ethnic and religious identities in East Africa and has received support from Fulbright-Hays and Social Science Research Council fellowships. He has published chapters in two books (Borderlands in World History and The Swahili World), and co-edited a special issue on Muslim Modernities in The Muslim World Journal. His first book, Ethnicity and its Ancestors: Historicizing Tribes in East Africa draws on linguistic, archaeological, ethnographic, and archival research to demonstrate how communities in Africa adapted pre-colonial identities to modern contexts such as British imperialism, African nationalism, and global Islamic movements. It is currently under review. His next project will offer a social history of waqfs (Islamic land trusts) in the Western Indian Ocean that examines how East Africans reframed Islamic and British legal institutions to accommodate their notions of family and social obligations. Prof. Ray grew up in Mesa, AZ but spent most of his summers visiting family in Logan, UT. He now lives in Provo with his wife Patience and their three children.

History of Africa, Islam, and the Indian Ocean