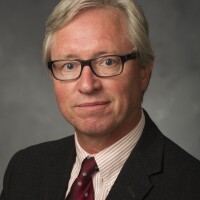 Eric Hyer received his Ph.D. in political science from Columbia University in 1990 and is presently an associate professor in the Department of Political Science at Brigham Young University and the Coordinator for Asian Studies. His research focuses on China's foreign relations. He has authored many articles on China’s arms sales, territorial issues, and US-China relations. He was the associate producer of “Helen Foster Snow: Witness to Revolution,” documentary movie (2000) and “From the Masses to the Masses: An Artist in Mao’s China” (2005). His book, The Pragmatic Dragon: China’s Grand Strategy and Boundary Settlements was published by University of British Columbia Press in 2015.