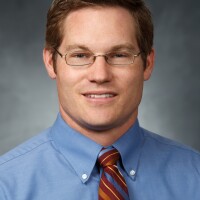 David Jonathan (Jon) Felt is an assistant professor of Chinese History at Brigham Young University. He earned his BA from BYU, his MA from the University of Colorado at Boulder, and his PhD from Stanford University in 2014. After teaching for two years at Virginia Tech, he joined the BYU History Department in 2016. His research is on the early medieval period of Chinese history, a tumultuous and dynamic period that overturns many of the clichés of Chinese history. His first book, Metageographies of Early Medieval China, explores the first development of the genre of geographical writing in China and the new spatial frameworks that this body of literature explores. It argues that writers of the time sought new spatial models for understanding their place in the world after the fragmentation of China's first imperial state and the rejection of the imperial metageography that it espoused. He has also published articles on various aspects of early medieval Chinese history in American, Japanese, and European journals. Felt is currently serving as a member of the Board of Directors for The Early Medieval China Group.