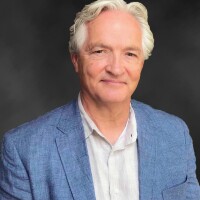 Ralph Hancock teaches the tradition of political philosophy as well as contemporary political theory. His research and writing focus on the meaning and limits of modern rationalism in relation to religious and ethical-political traditions. He has twice taught as a Visiting Professor at the University of Rennes, France, and was a Visiting Scholar at Liberty Fund in Indianapolis. He is the author of Calvin and the Foundations of Modern Politics (Saint Augustine’s Press, 2011; Cornell University Press, 1989) as well as The Responsibility of Reason: Theory and Practice in a Liberal-Democratic Age (Rowman & Littlefield, 2011). He is also the editor of America, the West, and Liberal Education (Rowman & Littlefield, 1999) and (with Gary Lambert) of The Legacy of the French Revolution (Rowman & Littlefield 1996) and translator of a number of books and articles from the French. He has published many academic articles as well as articles in the press and online on the intersection of faith, reason and politics.